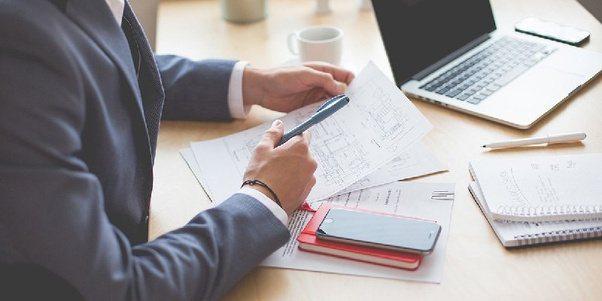 Mobile is turning out to be a preferred platform for realizing online business ideas. Almost all sorts and sizes of businesses / companies are now using mobility. We all know which one is the leading mobile platform as of the current trend. Yes, no doubt, it is Android, which is powering at least 85 percent smartphones and 60 percent tablets all over the world. GSMA’s real time trackers once revealed that currently there are more than 7.62 billion mobile gadgets over the world while the world population is at around 7.2 billion. According to Statista.com, there are nearly 2.71 billion smartphones all over the world. And 2.30 billion of them are running Android in.

As I mentioned above, Android leads in the numbers of mobile devices powered by it. In fact, almost all the world is using Android devices.  It certainly holds a significant market share as we can assume that the share will certainly increase in years ahead. Every eight / nine smartphones and six tablets out to 10 are running Android as the core software. These numbers also influence business owners, who have just begun to bring their products / services to Android.

Now Android, the Google’s touch screen OS, cannot be ignored and so is the case with Android application development. If an Android app is created by experts, there is no doubt it can deliver huge potentials to the business or venture behind it. Businesses are discovering the advantages of being on Android platform. The key one of them, as I mentioned above, is the huge user base that no competitor can create any time soon.

Android is a Linux based touch-screen mobile operating system and, it is, no doubt, a boon for developers. They cannot only fully customize Android apps to meet diverse requirements of a business but also, they can customize the OS to fulfill operation specific requirements.  Businesses are taking Android application development very seriously, investing in Android apps and, getting opportunities, too.

Android supports multiple types of apps, which use custom features. Also, developers can customize both apps and OS to meet internal requirements of a business, as I mentioned above. Google Play hosts more than 2.7 million apps. Now is the right time to venture into Android apps, whether it is for travel or ecommerce or education.

Apart from this, Android has also presented limitless opportunities to developers, who are interested in building their career in mobile software building. Android apps are created in Java which is already a popular, widely adopted programming technology. Then the all the tools and technologies for building Android apps are available for almost no cost.

Many people are putting Android in the core of their mobile strategy due to the rising adoption of Android powered phones. They cannot control people who are using Android devices but they know how people control their business and thus they are building Android apps.

The year ahead seems to be further brighter for Android apps. Google too is fully dedicated to offer anything developers need for building great apps for Android OS.

There are several tools that are provided by Google to app developers to make the Android app development process simpler. Key ones of them are Analytics, Cloud Messaging, Authentication, Real-time Database, Storage, Performance Monitoring, Remote Config, Test Lab, Sign in with Google, Maps, and Places. Then the company offer tools helping developers to grow users. Key ones of them are Notifications, App Indexing, Dynamic Links, Invites, Adwords, and App Install Ads. Also, Google offers monetization tools like AdMob.

So, Google offers everything which is required in making a great app for any business type you have.

How You Can Kickstart Your Career in Real Estate Investing

Rahul Sharma is the author of Get News 360 & Dazzling Point - THE DESTINATION FOR FASHION'S LOVER . Rahul has been working in Digital marketing industry for over 5 years from website audit, link and content development, social media and search engine optimization. Connect with Rahul on Google+, Twitter, and Facebook.

The Xbox Line X is a PC

Native or Phone Gap – Which App Development Technology to Adopt?

What is the difference between a database and a blockchain?

Author GN360 0
It’s nothing unexpected that the internet business industry has advanced to a large scale level. From its capacity to create its capability to sell,...
Read More

How to speed up your WordPress website or blog